The pioneering and founding Principal of Tocal College, the Reverend Colin Ford, passed away on 29 December 2020 aged 95.

Colin was the Principal of the CB Alexander Presbyterian Agricultural College, Tocal from 1963-1967. Invited to join the College as founding Principal by Chairman of the College Council Edward Hunt, Colin quickly set about developing the curriculum, recruiting students and support from rural districts, and establishing a staff team in readiness for the first intake of students in 1965. At this time the campus was largely a building site and the Tocal property was under development.

Colin was a Presbyterian Minister and a trained agriculturalist who was committed to agricultural education, making him an ideal choice for the role of Principal. It was no small thing for Colin to take on the ‘Tocal project’, moving down from Alice Springs from his role with the Australian Inland Mission. It was both an exciting time of development and a challenging period where operational funds were limited with the focus on the capital building program of the campus. Colin’s pivotal role in steering these developments set the College up for continuing success.

Colin resigned in 1967 as Principal and returned to fulltime church ministry. He served as the Minister of St Andrew’s Uniting Church at South Turramurra for 18 years.

Colin greatly appreciated his association with Tocal and considered it a highlight of his working life. He was held in high esteem and affection by students, a number of whom were corresponding with him up until his passing.

Tocal College Principals Cameron Archer and Darren Bayley always enjoyed welcoming Colin back to College events, such as Graduation Day and Foundation Day, and appreciated his ongoing interest in all things Tocal.

A service of thanksgiving will be held on the 13 February 2021 in Sydney. 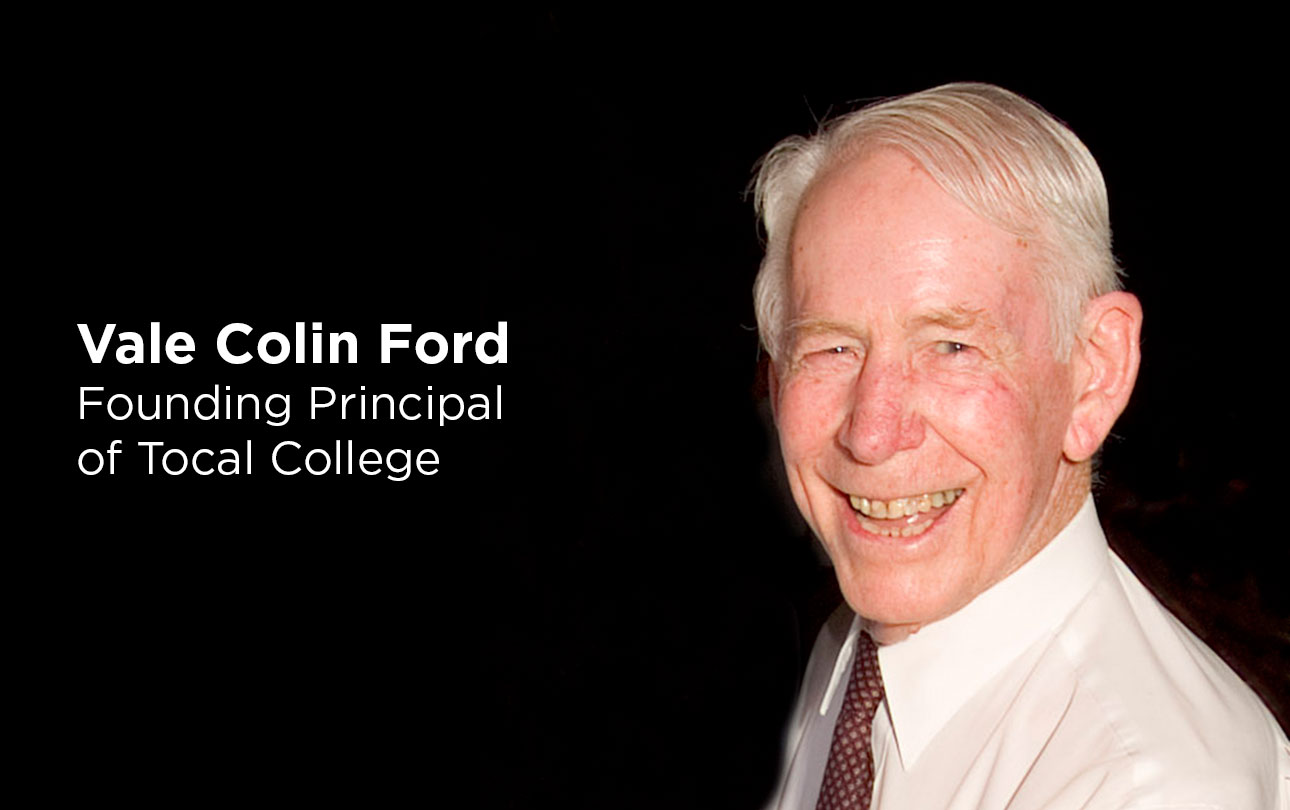